Site having some trouble. The Art page may take a couple tries. 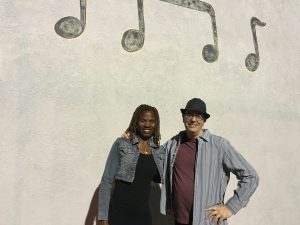 Drawing on 30+ years playing guitar and bass as well as a degree in Composition from the prestigious Berklee College Of Music, Gordon has an extensive and varied musical background, having performed and written everything from hard rock to reggae, jazz to punk to ambient.  He also teaches private lessons, and is an in-demand performer for live and studio work.

Current projects include playing principal guitar in the live stage bands for the musicals “Shakespeare’s Last Night Out” and “Skullduggery”, as well as producer/engineer/instrumentalist/co-writer for his original music project YesGo.  A video that YesGo produced and performed their song recently won a contest as part of a project aimed at raising awareness for survivors of sexual assault.  Gordon has written music for film and t.v. as well released music under his own name, or as his alter-ego:  gdw3.  His most recent release is called “Meditative Ambient”, a collection of textural guitar tunes.